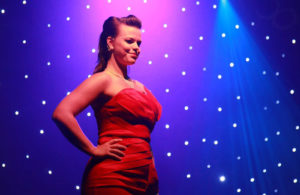 The history of Clacton Summer Show can be traced back to 1894. Bert Graham, a 21 year old former Civil Servant, formed a variety company known as the London Concert Company and staged an open air Summer Concert Party Season on a patch of waste ground in Agate Road, Clacton-on-Sea.

The show is now in it’s 122nd year, and for the first time it has been produced by Aaron Lissimore (AJL Theatrical Ltd) & Paul George (West Cliff Trust.)

It was felt that the show which can be seen at the West Cliff Theatre needed to be brought up to date. As a result MAC Productions were brought in to handle the job. 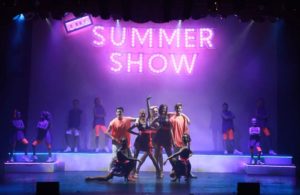 We were asked to Production manage and to do the lighting design for the show, which runs for the month of August each year.

Also required was the rigging and flying of the hoop for Natasha Boyle’s performance.

Once this had been done, and with the addition of dancers Rory Cubb 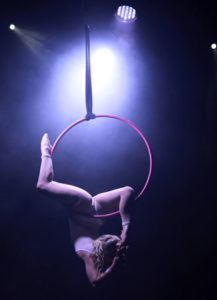 Resulted in a production that has out sold any previous Summer Show staged at the Theatre in over a decade.

Click on this ITV News clip to see more about the show.